Best Places To Move To In France 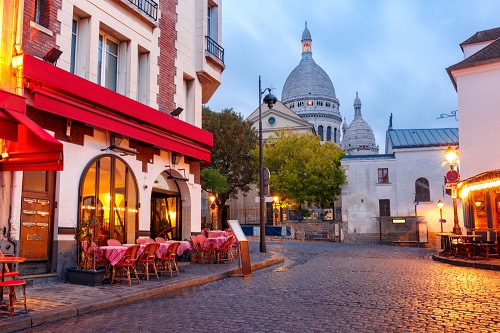 France has a pleasant temperature, beautiful countryside, world-class culture, world-class healthcare, rich customs and history, and, of course, the glitz and glam of Paris. It’s no surprise that France is the most popular tourist destination globally, with over 80 million international tourists each year.

While the country’s capital may have a high cost of living for many ex-pats seeking to retire in France, there are still numerous cities where day-to-day expenditures are lower while still providing access to the best that France has to offer. If you value decent healthcare, a laid-back lifestyle, and all of the contemporary conveniences, then the following are the best places for you to stay in France.

As one of the world’s most visited cities, Paris is clearly popular with tourists, but the French capital makes a great place to live too. If you are relocating for work or planning to study. Paris scored 39th out of 50 cities with the best quality of life, ahead of Barcelona, London, Milan, Madrid, New York, Tokyo, and Rome. While Paris is one of the most expensive cities in France, it is also one of the cheapest in Europe. Mercer’s yearly cost of living index showed Paris cheaper than Milan, Zurich, Dublin, Copenhagen, and London.

Lyon is France’s third-biggest city, with a population of half a million people. However, you won’t notice it as you move because of spaciousness, even in the middle of the metropolis. It is likely due to Lyon’s abundance of large squares, broad avenues, and parks, as well as two massive hills that offer breathtaking views that stretch as far as the Alps on a clear day.

Lyon has all of the benefits and vibrancy of a large city. With museums, theatres, galleries, cafés, boutiques, and an extensive transportation system to deliver you to them all, there’s never a shortage of things to do. Furthermore, especially when compared to Paris, the rental costs here are affordable.

Last but not least, there’s the cuisine. Lyon is perhaps best recognized for being France’s culinary capital, and Lyon’s heritage, culture, and vitality is excellent gastronomy. Every year, millions of people come here in pursuit of quality meals. With so many amazing restaurants in the area, you can get a fantastic three-course meal in Lyon for under $30.

Montpellier lies on France’s warm, sunny southern coast, between the Cévennes mountain range and the Mediterranean Sea in the Languedoc Roussillon area. With about 253,000 people, including around 70,000 students, it is France’s ninth biggest and fastest-growing city. Montpellier is renowned as a university area and has all the vibrancy and enthusiasm you’d expect from a university area.

It is home to France’s first and most famous medical school. The city’s wide boulevards in the old centre have cafés, restaurants, and bars. They play home to various yearly cultural events, including flamenco exhibits, international film festivals, and jazz performances.

The city’s various galleries and museums, notably the famed Fabre museum, which houses an extraordinary collection of 17th to 19th-century European art, will appeal to art enthusiasts. Montpellier is home to numerous universities, including one of the oldest medical institutions in the world (established in 1220), where both Nostradamus and Rabelais studied. Both the tram and bus systems are great.

Sarlat is a town in the Dordogne region of southern France with a population of around 11,000 people. Sarlat provides big-city conveniences and activities in a small-town environment, making it a fantastic destination to visit and call home. Narrow lanes, occasionally broken by peaceful squares, wind their way through the historic centre, conjuring beautiful memories of small-town France.

The Summer Theater showcases Sarlat’s cultural aspect. Festival, Fall Film Festival, and Holiday Music Festival. Throughout the year, the Cultural Center hosts exhibitions and concerts. The local food is just as impressive as the scenery. Truffles are famous in this area, and their delicate but musky flavour complements a variety of regional cuisines. Many of Sarlat’s restaurants specialize in goose, duck, and foie gras.

Sarlat is far enough away from large cities to give a peaceful, small-town atmosphere, yet it is still close enough to the major towns of southwest France to be easily accessible. By vehicle, it takes around two hours to go between Bordeaux and Toulouse.

Although Paris is France’s crown gem, the city of Bordeaux is a gleaming diamond in its own right. This historic city in southwest France’s famed wine-growing area has seen a spectacular revival in recent years. Tourists recognize the city as a UNESCO World Heritage Site because of its beauty and history.

Bordeaux features everything from world-famous estates to tiny cellars that you can find in France. Bordeaux is located on the Atlantic coast and is near to over a dozen beautiful sandy beaches. Scrubby trees, marshes, and massive dunes characterize the beaches in this area, which are naturally wild. Hourtin Lakeside Beach is a natural clear-water lake with the distinction of being France’s biggest freshwater lake.

Pau is a lovely French city of 80,000 people just a few kilometres from the Spanish border for a retirement choice that genuinely delivers. Some beautiful ancient homes and mansions look out over the snow-capped Pyrenees in the streets. The winters in Pau are moderate and wet, and the summers are pleasant and hot. Its position allows you to have the best of both worlds: the closest ski slopes are only 45 minutes away, and you can be on an Atlantic beach in an hour. Hiking, climbing, and cycling are all available in the city. When it comes to hosting Tour de France stages, Pau is only second to Paris.

Pau features a Victorian-style clubhouse with a uniquely British feel. It boasts an outstanding hospital and other health centres and an airport with international connections and TGV (Train Grand Vitesse) trains that travel to Paris, Bordeaux, and Toulouse.

If you are going to France on holiday, relocating permanently after finding your dream job, you can use our international luggage shipping service to send your personal items to your new home. 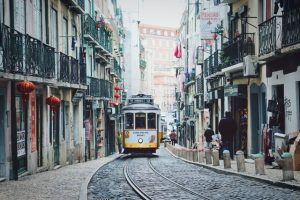 Travelling to Portugal? Our luggage shipping services are super-fast, convenient, and cheap, allowing you to travel with no luggage. Luggage 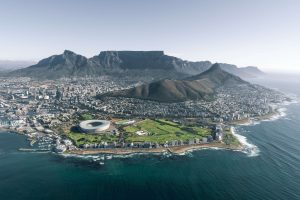 If you’re planning a trip to South Africa, you have a lot to look forward to. Known for its exquisite

Shipping Your Luggage To Spain

Are you going to Spain? Luggage Delivery Company provides a comparable service, as well as affordable and quick luggage shipping,